This Jack-O-Lantern is internet connected and can be controlled via MQTT protocol. That way the project can be integrated into a home automation solution like OpenHab or Home Assistant to control the flamethrower from there or via Alexa or Google Home.

You are "not so much" interested in Halloween? This is for you as well, a little fire will make even the most bold of people think twice about approaching your door.

This is actually my second version of the flame-throwing jack-o'-lantern 😀 I already build one last year using a modified room spray (like this project). But these do not allow to control the flame directly so I decided I need to build a more pro version which allows controlling the duration of the flame.

Warning: This pumpkin and playing with fire is extremely dangerous and you definitely should not make one of these. I do not endorse the manufacture or use of flamethrowers jack-o'-lanterns. The following project description is posted here are for research and entertainment purposes only.

If you are going to rebuild this project you do it at your own risks. Read the warning above - twice! Also, make sure the place the pumpkin at a safe location to not harm anybody or burn down your own house!

The following components are needed:

The display is not really needed for this project, it is just used for fun to display some little animation and information which of the motion sensors triggered the fire.

As usual, I got the most parts from Aliexpress but all the parts should be available via other sources like ebay or amazon.com as well.

These are the tools needed:

Ok, again: only build this if you have read the warning and are sure what you are doing!

The key element of this project is burning penetrating fluid which if sprayed directly into a candle burns like a small flamethrower.

There are multiple ways to build the flamethrower. I used old wood pieces covered with aluminum foil to mount the spray can and candle. Maybe not the optimal solution but working, using metal parts would be a slightly better way. 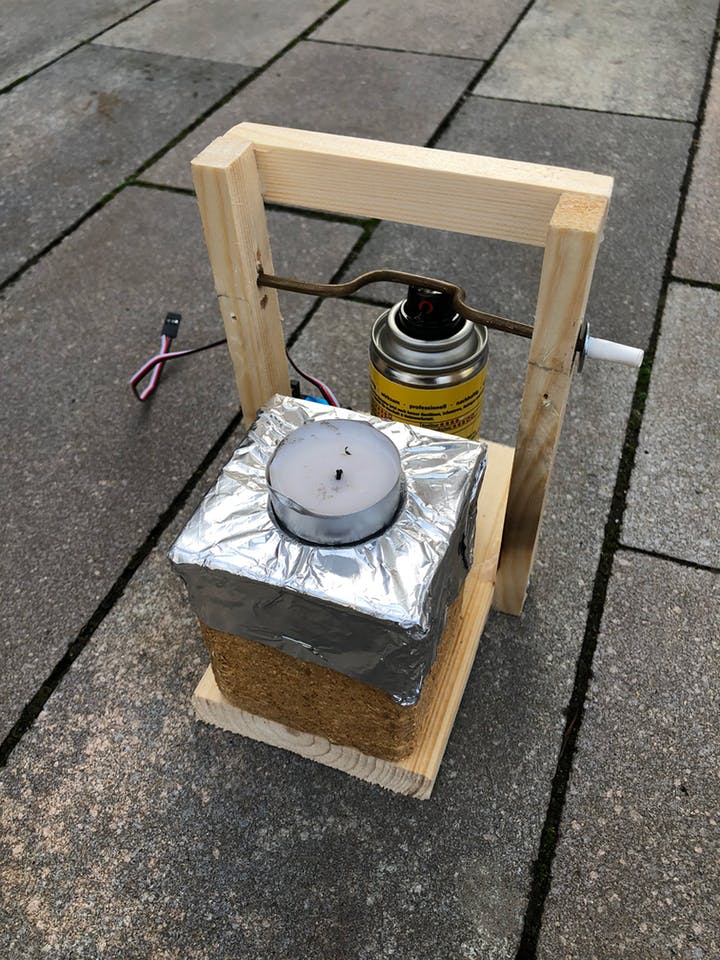 Bend the thick wire like on the picture above. It should be a big lever as possible to make the most of the power of the servo motor. Hot glue or screw down the servo at the side of the construction and mount it with the wire. The lever will press down the spray nozzle when the servo is activated.

The pumpkin is, of course, the most important part for a project like this 😉

First cut around the stem of the pumpkin at an angle. The top cover should be big enough, so you can later easily mount the flame thrower construction. After done cutting all the way around, remove the stem and the guts from the pumpkin. Depending on the size of the project you also need to cut out the bottom to fit in the flamethrower construction. If you have a very large pumpkin this might not be needed.

Use the marker to mark jack-o'-lanterns face. The mouth should be at the position of the spray nozzle, so that the flame can flow out well. Make sure it is big enough so that there is no setback of the flame. I the pumpkin is not big enough the flame can also be fired through a bigger nose hole. Cut the face as marked. 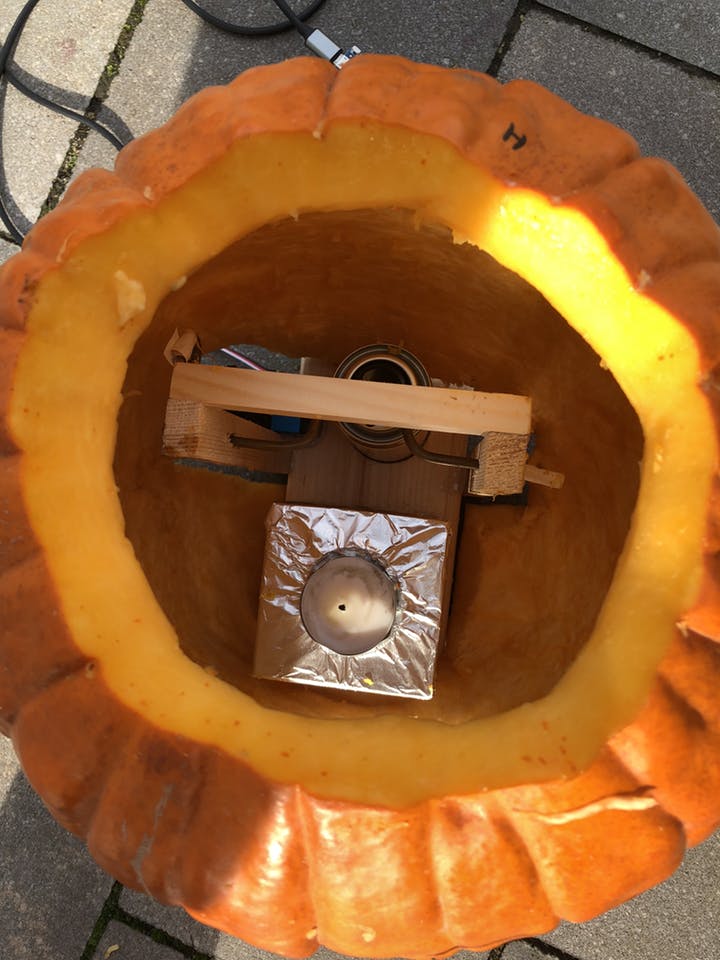 If you have a smaller pumpkin, with not enough space inside the electronics can also be placed outside. I prefer this setup because it makes you more flexible when placing the PIR motion sensors.

The PIR motions sensors got some protection cover and habe been places to recognize the movement of approaching trick-or-treaters. 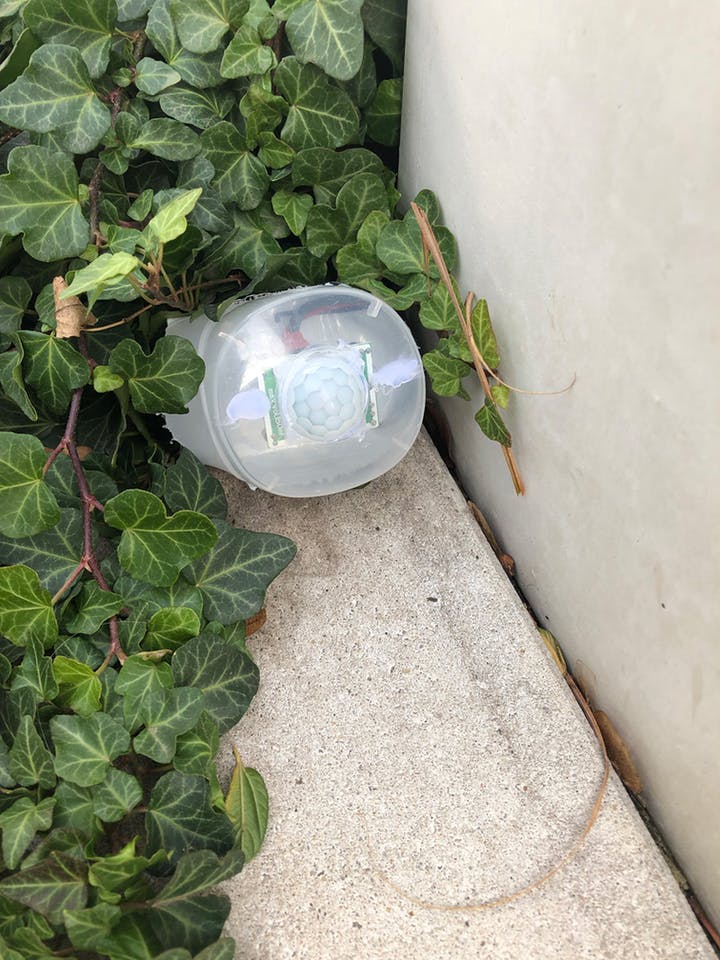 The PIR motion sensors and the servo must be connected to the Wemos / ESP8266 board, you can use any of the Dx pins, expect D0 & D1. These two will be used by the OLED display. Connect power via USB adapter or battery pack. 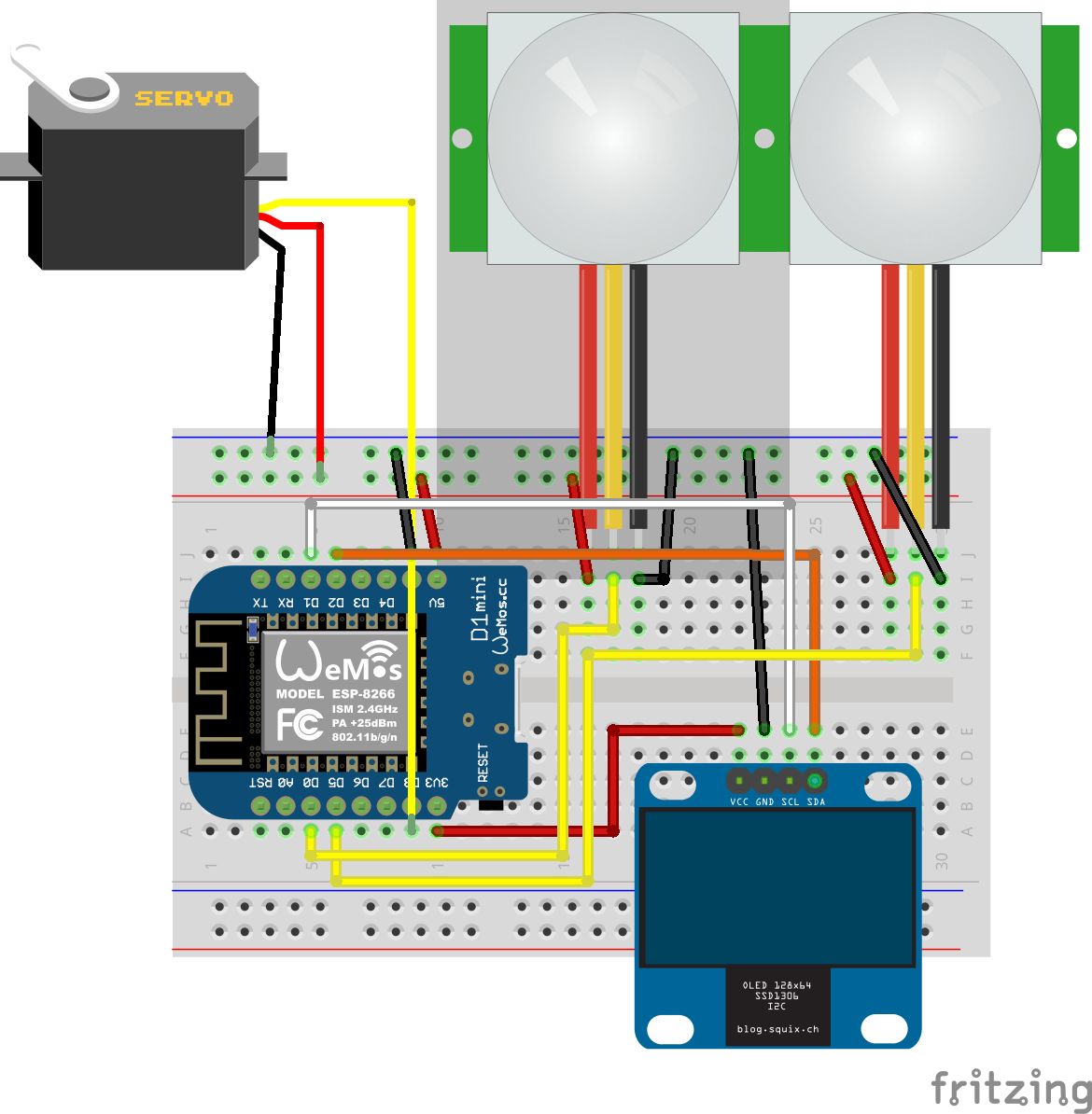 The software project for the ESP8288 board can be found in my GitHub repository.

After uploading the software to the board it has to be configured to connect to WiFi and MQTT. Homie provides multiple ways to do this, I prefer to create and upload a config file. Alternatively, the configuration UI can be used. 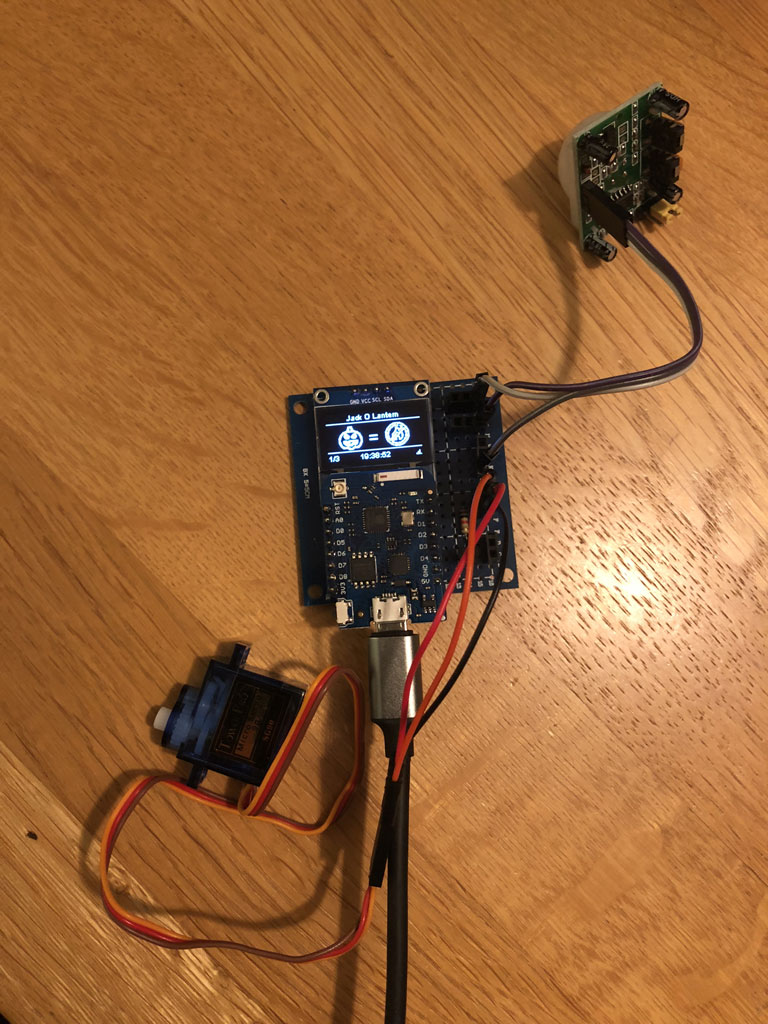 The code is written in C++, halloween.cpp is the main class.

The following software libraries are used. If using PlatformIO all dependencies are resolved automatically.

I used Homie to better modularize the software parts into dedicated "nodes" to control the servo, the display and get the PIR motion sensor inputs. Homie provides the MQTT protocol support, see Homie specification for details.

The flamethrower supports one import command: switch on the fire 😀. It can be triggered via MQTT with homie/<device id>/fire/on/set with the value true.

Where <devie id> is the name of the device assigned during configuration and <mqtt broker host> the hostname or ip address of your MQTT broker. This should make it easy to integrate it into home automation solution. I run OpenHab and integrated it there, just for the fun of controlling the fire via my mobile. 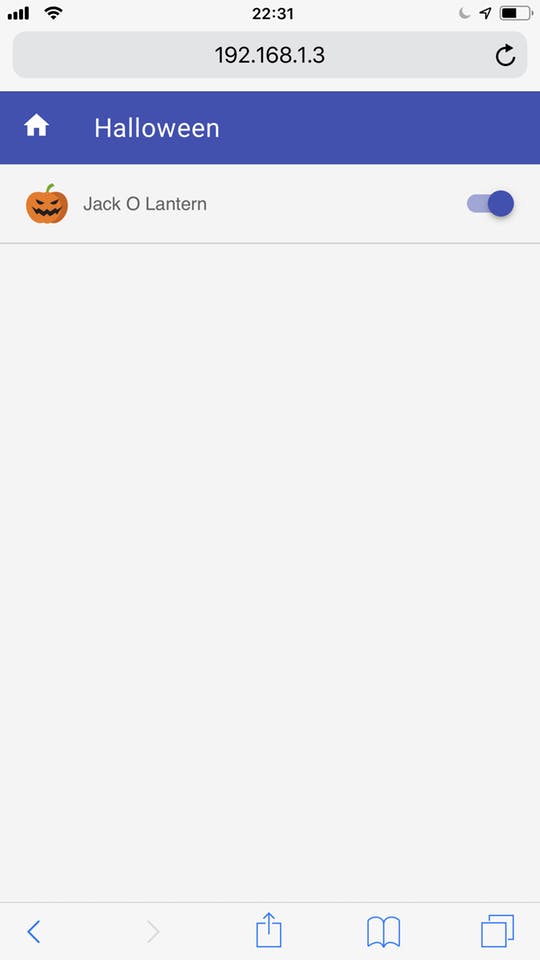 The following config parameters are available via config file or MQTT message (see Homie documentation how to use):

This is the Jack-O-Lantern on fire. 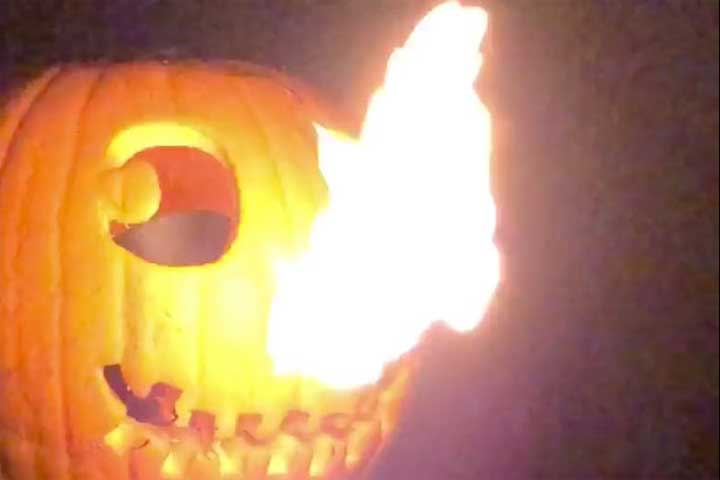